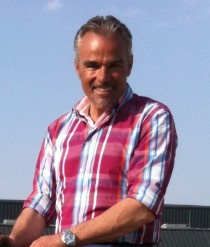 Alois grew up on the farm "Gut Bärbroich" near the German city Bergisch Gladbach.
In his young age he developed the joy of show jumping. He was mounted and trained by his father Aloys. Together with his brother Elmar, "Alo" participated already successful as a young rider on national and international shows. In the 80s he was a member of the team who did win the European Team Bronze medal for young riders.

Alois pursued in parallel the high school to gain the examination. After this he completed his professional qualification as riding instructor and the license for the professional show jumper followed.

In the following years Alois passed stations at Hans Günter Winkler´s and Paul Schockemoehle´s stables and was often victorious in national and international jumping shows. A great experience was the victorious in the Grand Prix´s in Washington DC and New York.

Additional Alois is holding victories and successes in Nations Cups, World Cups and won medals at the German Championships. Beside his participation on national and international shows he works as instructor and trainer for national/international riders and horses.