Over 40 times Alois was a member of a German Nation cup team and showed in Europe, USA and Canada.

In 2004, he won the title "Champion of professional riders"

He was 4 times qualified for the World Cup finals.

In the national German championships he accomplished the silver medal in 2008 and  the bronze medal in 2010. 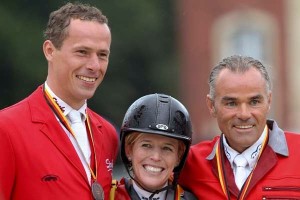